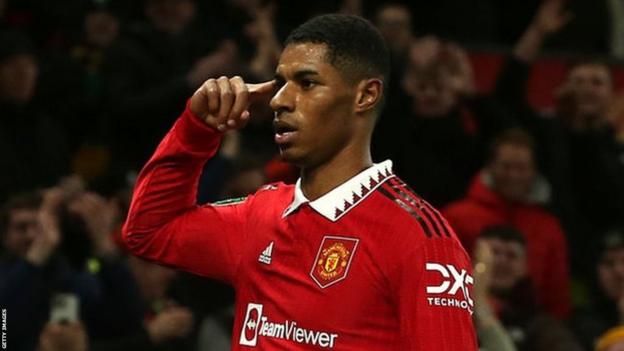 Manchester United take on Crystal Palace at Selhurst Park on Wednesday night, hoping to get a positive result away from home. The hosts will come into the game on the back of a 1-0 defeat to Chelsea, while the visitors recorded an impressive 2-1 win over arch-rivals Manchester City.

Erik Ten Hag will likely opt for a 4-3-3 formation with a couple of tweaks from last game as Lisandro Martinez looks likely to return to the starting XI this week.

David de Gea is expected to start between the sticks for the upcoming clash. The Spanish shot-stopper would be looking to perform well and secure a clean sheet on Wednesday.

Lisandro Martinez is expected to start at the heart of United’s backline, with Harry Maguire slotting into the left centre-back position. Aaron Wan-Bissaka should start at right-back, while Luke Shaw will occupy the other side at left-back. 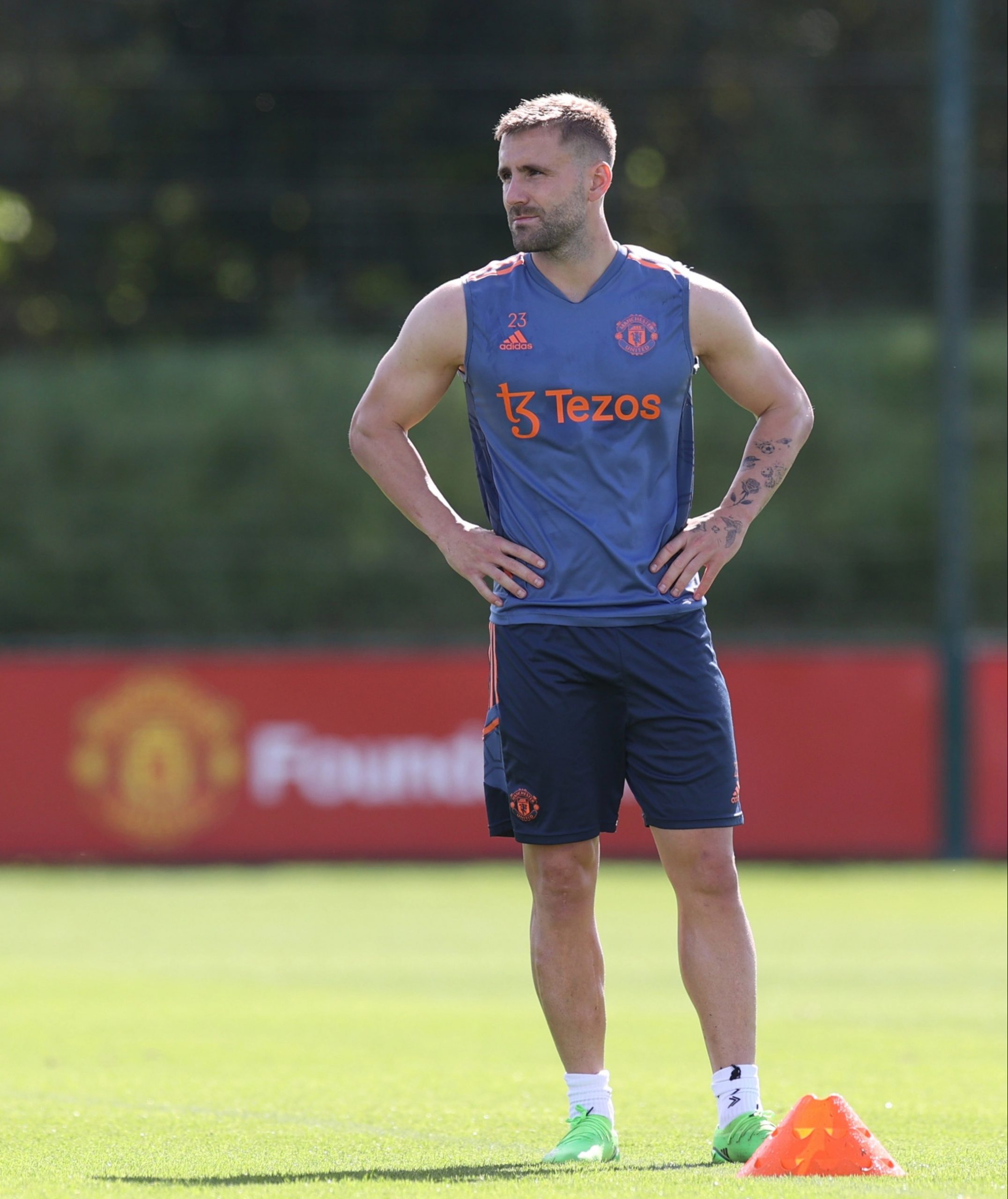 Scott McTominay is expected to start in the defensive midfield position, while Bruno Fernandes will slot in as an attacking midfielder.

Christian Eriksen remains a sure-fire starter for Manchester United this week, and it will be an understatement to say that the Red Devils will rely heavily on the Denmark international’s creative work if they are to secure a win on Wednesday.

Fred will have to settle for a place on the bench, but could be brought into the second half of the competition if needed.

Antony and Marcus Rashford will man the wide positions, causing a threat for Patrick Vieira’s men down the right and left respectively.

Wout Weghorst is expected to lead the line for Manchester United in midweek. The Dutch international’s deft movement in front of goal could cause many problems for Palace’s defence, who have conceded ten goals in their last five games in all competitions.

Alejandro Garnacho could come off the bench as an impact substitute in the second forty-five minutes of the game. 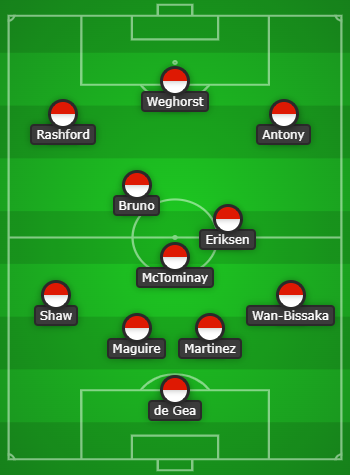 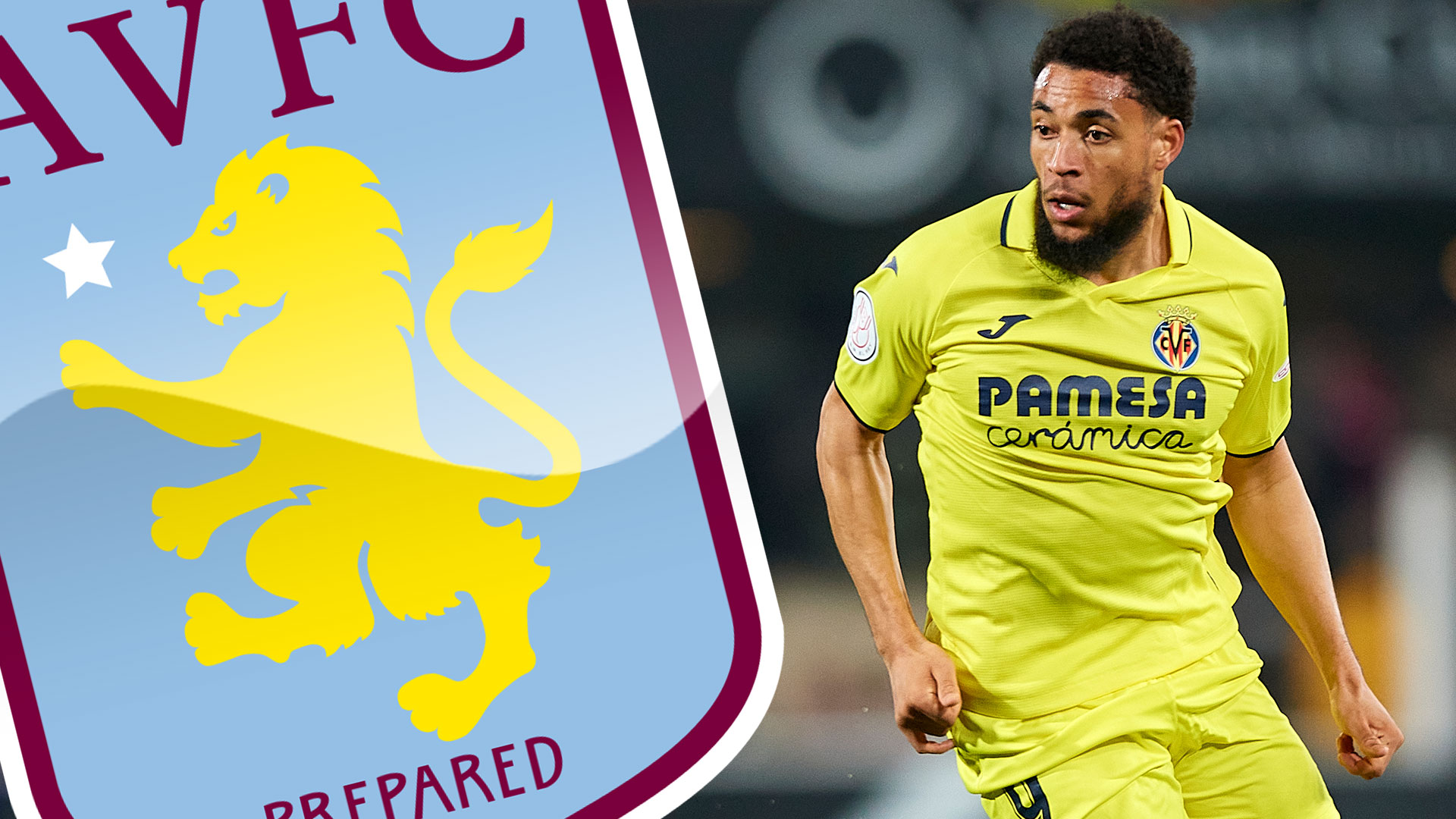