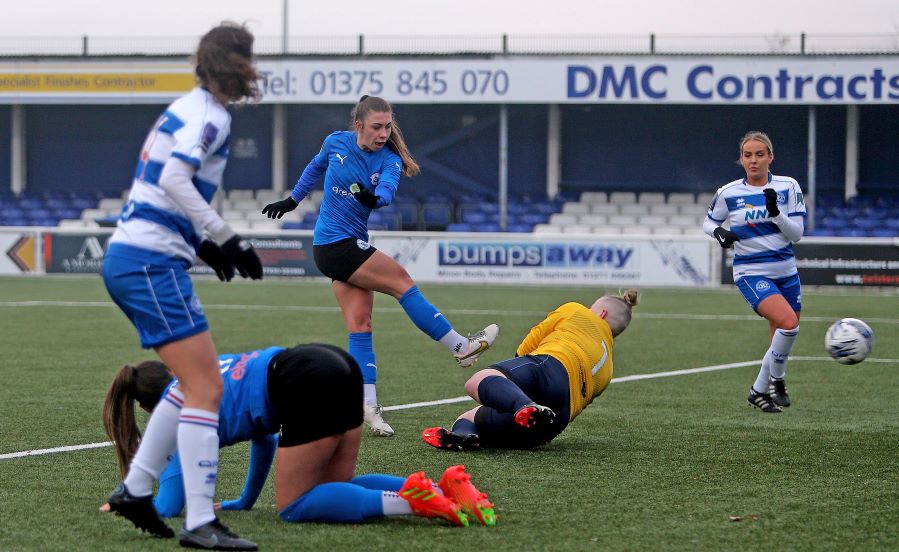 Tenth-placed Leek Town drew at Leafield Athletic, with the visitors level on points with the teams in third and fourth.

Middlesbrough moved up two places to fourth with a narrow win over basement-dwelling Bradford City. The visitors led until Boro struck twice late on and Fran Ward grabbed the winner. York City had over 400 in attendance and went down 3-0 to Norton, who consequently went above them in the table. Bianca Owens’ second-half opener was followed by a brace from Sophie Tierney. 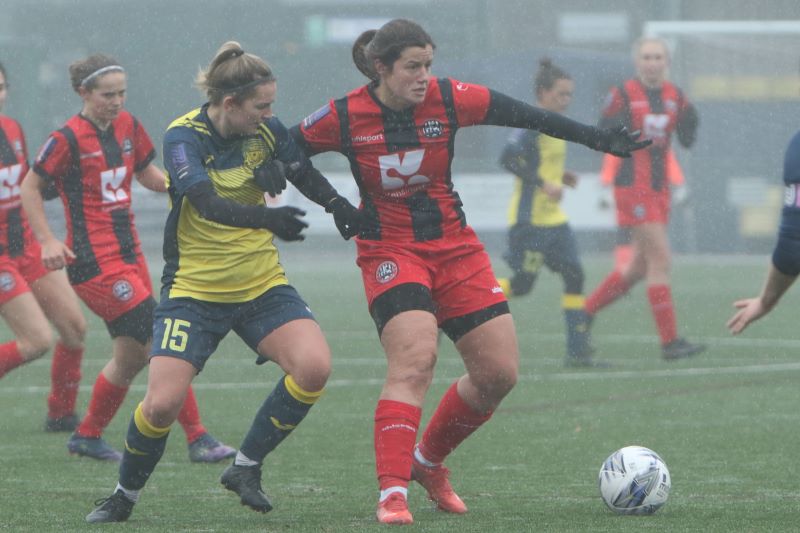 Second-placed Bournemouth hammered St Austell for six, with Lucy Cooper hitting an 18-minute first-half hat-trick before taking her tally to four goals. Moneyfields moved up two places to fifth after a 4-1 defeat by Maidenhead United, who had leveled at half-time, but Kau’inohea Taylor grabbed a hat-trick for the home side.

🎥 Here’s the moment Jones made two to secure our spot in the next round of the plate! #GetTheBuzz 🐝 pic.twitter.com/WTr0pAvfDj

Southampton Women won 8-0 at Hounslow with braces for hope finnish and Gabri Tchuenkam, a set up a tie in the second round at home to Swindon Town. The winners then host Billericay Town, who saw off QPR 6-3 thanks to braces from Zoe Rushen and Ruby Sealey.

Crawley Wasps went 2-0 up at Ashford Town and now host Cheltenham Town in the quarter-finals. The Wasps made it two goals in the end as substitute Amelia Ajao’s effort from distance was added to by Cerys Jones in the last minute.