West Ham United star Harrison Ashby has revealed he is trying to become more of an authority in the Under-21s and is looking to break into the senior team.

Ashby has seven first-team appearances for West Ham dating back to the 2020/21 season, with two of those appearances coming in the current campaign.

He was a regular in Premier League 2 last season, making 21 appearances, and was handed the captain’s armband in the Under-21s’ win over Wolves this week. 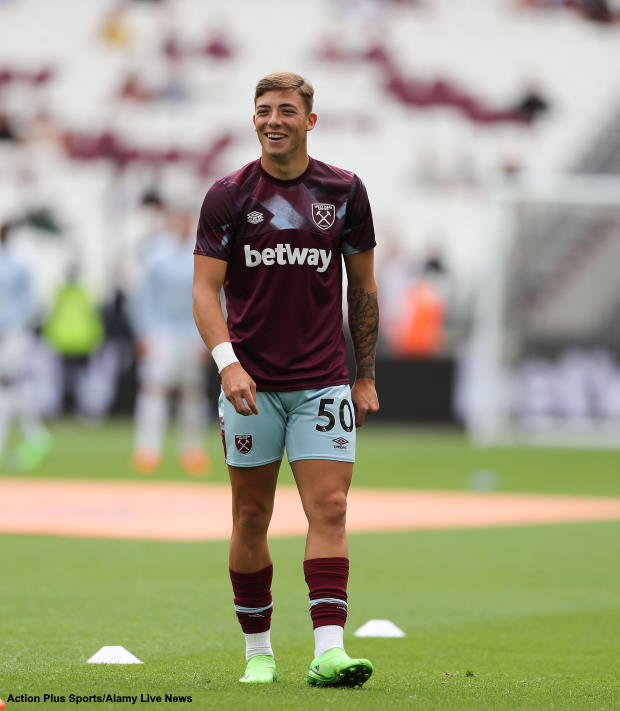 Ashby admitted that as one of the senior players in the Under-21 side, he tries to use his voice to guide the players and the captaincy has given him more reason to keep doing it.

Speaking on the official West Ham siteAshby said: “For the last year or so, I’ve been one of those more senior guys and I’ve been trying to use my voice both on and off the pitch, influencing our players in a good way.

“Being captain in Monday’s game, I hope to show that I’m ready for that kind of role.”

The young right back is also trying to break into or get closer to the first team as much as he can and will continue to do so to get more opportunities.

“I’m always trying to push to be in and around the first team,” added Ashby.

“That’s the goal for all of us and I’ll keep doing it.”

Ashby provided an assist in the 3-1 win over Wolves, a vital win for West Ham Under-21s as it was their first of the season.