ITALY’S Matteo Pessina delighted football fans last night with his hilarious celebration after scoring in the Azzurri’s 2-1 win against Austria.

The Atalanta midfielder scored Italy’s second goal in extra time to help Roberto Mancini’s side progress to the quarter-finals of Euro 2020.

And after finding the net Pessina took off in celebration and started running towards the corner flag.

Instead of a conventional celebration though he ended up diving flat on his face, much to the amusement of football fans around the world.

One fan simply reacted to the celebration by tweeting: “Pessina’s celebration is the best ever.”

Another tweeted: “Pessina there with the best celebration I’ve ever seen.”

Fans are comparing the celebration to the ‘dead fish’ celebration from the FIFA video game which is perhaps where Pessina got inspiration for the bizarre reaction to doubling Italy’s lead last night.

After four wins from four to start Euro 2020, Italy set a a new national record of 31 GAMES unbeaten to reach the last eight of the tournament.

Last night’s round-of-16 clash against Austria was their toughest test of the tournament so far, although things are only going to get more difficult for Mancini and Co.

They’re set to face the winners of the mouthwatering clash between Belgium and Portugal in the last eight.

Should Italy progress from that game then their semi-final would be against the winners of France/Switzerland vs Croatia/Spain.

pessina with the dead fish celebration from fifa

Pessina with the best celebration ever

Pessina’s celebration is the best ever

The game last night was in fact saw the first goal that the Azzurri had conceded all tournament.

And they were made to work hard for the win as Austria pushed the four-time World Cup winners all the way to extra-time.

Substitute Federico Chiesa put Italy ahead with a smart finish, before Pessina doubled Italy’s lead just before the extra-time break and set off in what is now an iconic celebration.

Pessina, 24, was initially left out out Roberto Mancini’s final 26-man Italy squad and was only called into the team after an injury to Inter midfielder Stefano Sensi.

Azzurri fans will be thanking their lucky stars that Pessina is in the squad though, with the Atalanta midfielder also scoring the only goal of the game in the 1-0 group stage win against Wales.

Pessina started in the much changed line-up against Wales as Italy were already through and came off the bench yesterday, but his two goals in two games may have just earned him a place in the starting side for Friday’s quarter final. 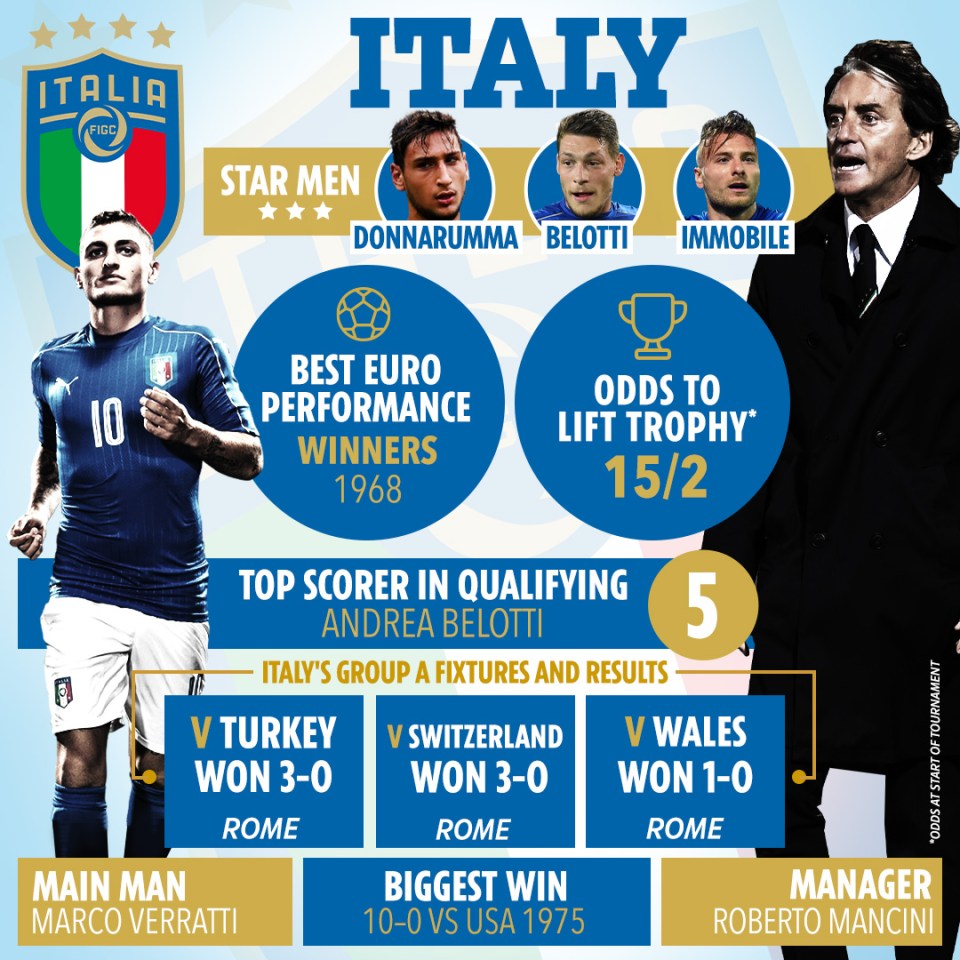