Thirteen-time champion Jump trainer Paul Nicholls celebrated a winner on his first visit to Huntingdon in 19 years Pic D’Orhy scored his most valuable win over fences to date with a front-running success in the Fitzdares Peterborough Chase.

The Ditcheat handler was rewarded for making a rare visit to the field from his Somerset base after the seven-year-old, owned by Johnny de la Hey, led his merry rivals into a merry dance at the feature second degree 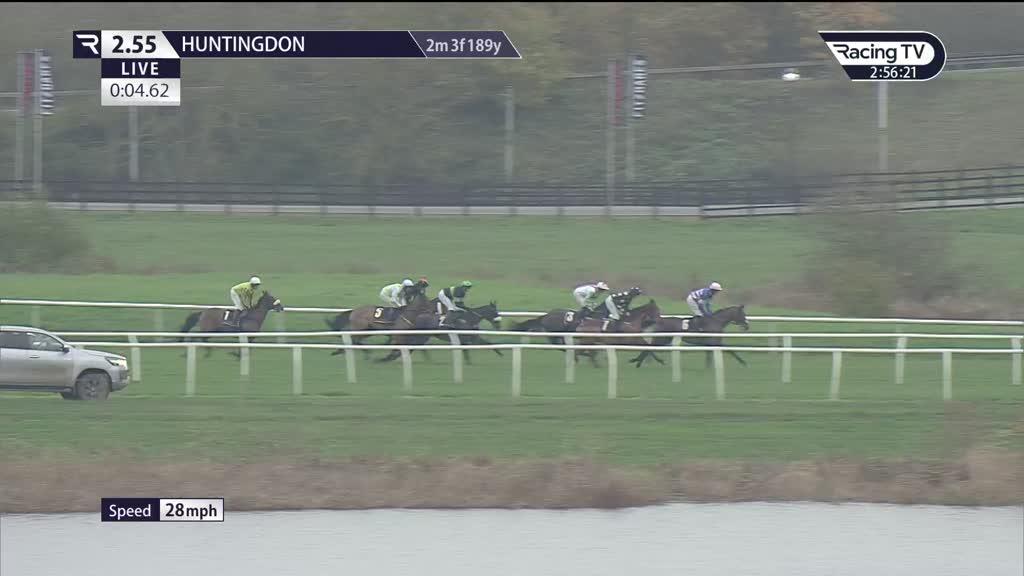 After often threatening to get a smart pot over the fences, the casted son of Turgeon finally overcame his effort in his first season out of the rookie chase ranks with a gutsy display of jumping under Harry Cobden to give Nicholls his second career win.

Putting many of his rivals under pressure with his jump, it was left to last year’s winner First Flow and 85-40 favorite Millers Bank to throw down the final gauntlet to the 9-4 chance to go home one last time.

Despite making a mistake in the last, he could not stop Pic D’Orhy’s momentum and although Millers Bank made a late rally from the final fence, it was not enough with two lengths they split the pair at the line to secure their third grade two success.

Nicholls, who raced her in 2004 with Le Roi Miguel, said: “The last time I came here was to see Valley Henry. I remember pulling into the car park with Mr Barber just as Johnny Wilkinson was scoring the goal that won England the rugby world cup.

“It’s great to come here and we thought he had a good chance as he won really well at Newton Abbot. Flat tracks like this and Kempton suit him really well.

“He’s a much stronger horse so we’re pleased with him. Harry said if he’d done it in the penultimate before his back end would have taken the front out, but he’s learned to work it out.

“He loves to do it (bowling in front). It was job done today as this is the race we had in mind.”

Looking ahead, according to Nicholls, a tilt in the Coral Silviniaco Conti Chase at Kempton Park on January 14 is likely to be next on Pic D’Orhy’s agenda.

He said: “The race I think would really suit him is the Silviniaco Conti Chase at Kempton Park in January.

“I think the Ascot Chase could be a problem as the ground could be too testing. He would also like Aintree but that is a long way off.”

As for winning rider Harry Cobden, who was winning the race for the first time, he admitted that Pic D’Orhy did everything right.

He said: “He loved that good ground as when it gets a bit soft he catches the wind. He wanted a good even gallop as he thought if he hacked there were a couple with a bit more edge than us. I loved it. It jumped well and did everything well.

“He’s five or six pounds short of being a grade one horse. He’s a good grade two horse that we can pot hunt with.

A step of up to three miles begs the runner-up Millers Bank according to his coach Alex Hales.

He said: “I thought he ran incredibly well, but for the first time I’m definitely looking to step it up in the trip. The only thing there was we felt like we needed more as we were all the way.

Fergal O’Brien believed Tough as nails was his best chance of winning the Open National Hunt Flat from Fitzdares Adores Henrietta Knight Mares, but he was equally delighted to see his fellow representative Lilting Verse (7-2) claim the Listed contest.

A trip to Aintree for the Grade Two Nickel Coin Mares’ Standard Open National Hunt Flat race at Aintree will now be the long-term goal for the five-year-old after her half-length success.

O’Brien said: “She ran really well on the first day, then things didn’t quite go to plan on the second day as we were a bit behind, but the form has worked well.

“She worked our other Tuesday and she worked everywhere so I was on the sidelines, but Sally Randell (partner) has always loved this filly the way she got her.

“I’m delighted to come here and get a bit of a black guy. I’d probably give her a break and maybe take her to Aintree. She’s got time on her side.”

The 5.20am wake-up call for Alan King’s assistant coach Robin Smith might have been a shock to the system, but Big Boy Bobby (7-1) paid off when he scored by three and three-quarter lengths in the Fitzdares Loves Fulham FC Handicap Hurdle.

Smith, who is Edwardstone’s works driver, was still beaming after winning his pride and joy in the Betfair Tingle Creek at Sandown Park on Saturday, despite having a night out celebrating the win at Swindon.

He said: “I was at Chepstow yesterday so I had to watch the race on the big screen. I was trying to hear what Daryl (Jacob) was saying about Future Investment with one eye on the big screen but it wasn’t great .

“When I saw him traveling well at the pond fence and double for Tom Cannon that’s when I knew it was showtime.

“It’s a huge race and it’s probably been the race of the season so far. It’s always been a race I’ve loved growing up and to be involved with a horse winning a Tingle Creek is special.

“A few of us waved him off the truck and had a glass of champagne with our heads and then some of us went out to Swindon, but the alarm at 5.20 this morning was a shock.”

The five-year-old progressive staked his claim for the Cambridgeshire track when he defied a five-pound increase in the weights for his last success on the course 26 days ago in the two-and-a-half-mile extended prize.

Brought up to challenge in the last, the 5-2 favorite forged into the showdown to beat leader Sermando by half a length to secure his fifth success with rider Tom Buckley, who also received high praise from the joint part owner Ian Pattle.

Pattle said: “Charlie has been ill in Antigua for a week now. He’s out of hospital now but he had a really bad incident which meant he couldn’t go home until he’s all cleared up. Hopefully home mid to late next week.

“I was on the phone with his son Sean who was making the comment. He’s a brilliant trainer. We’ve always believed in a horse like Charlie and he’s really starting to pay off that belief.

“No disrespect to the other jockeys who have ridden him but this man just takes a tune out of him. They just gelled from the first time they got together and all credit to him.

“He was very optimistic about his chances since he got into the race. If there’s a race on Christmas Day, it would be good to be back here with him.”

Members of Noel Fehily racing unions who have Hansard (10-1) looks to have above-average type on his hands if his win in the Fitzdares Looking Forward To The HWPAs Tomorrow Novices’ Hurdle is anything to go by. 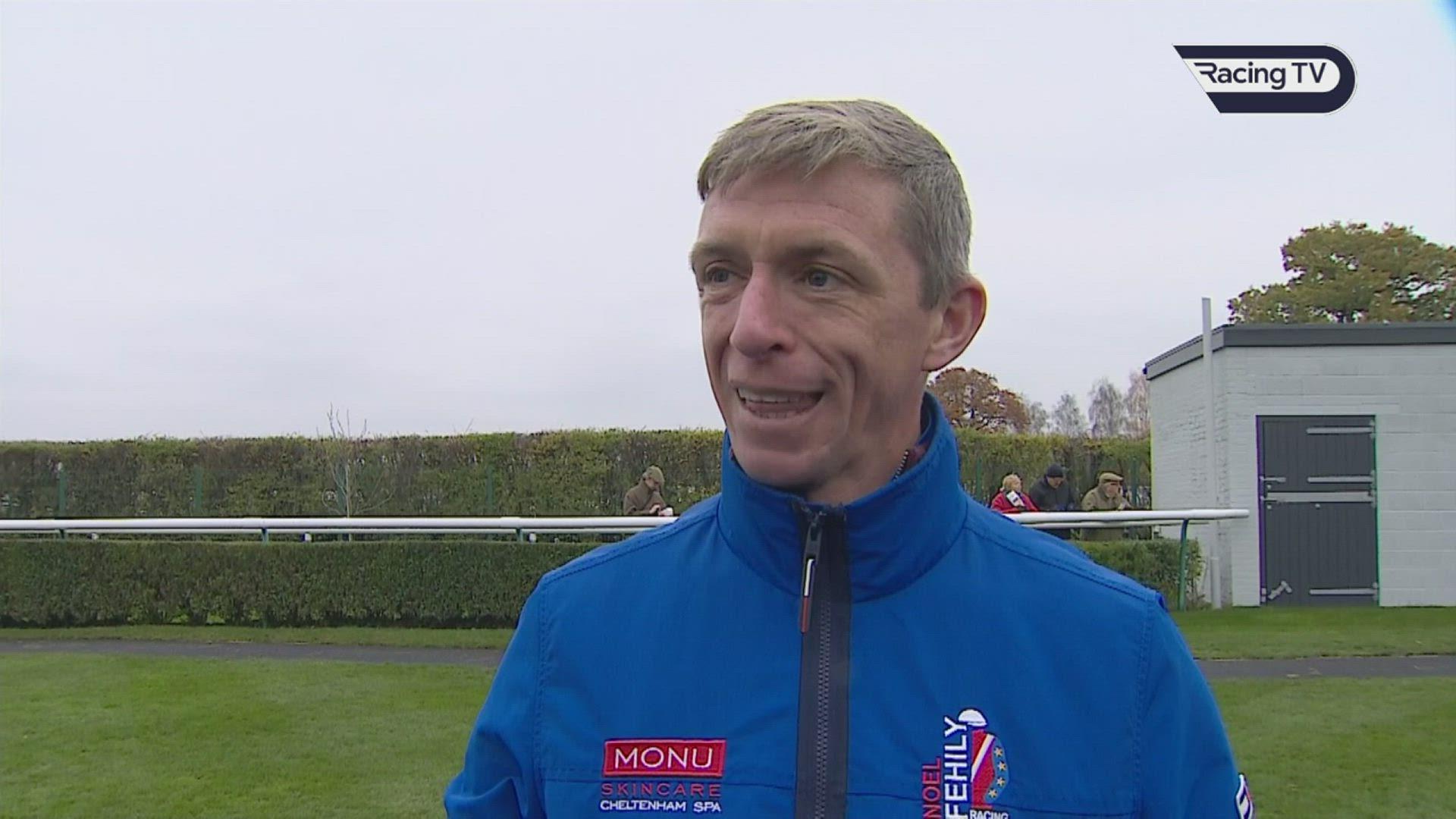 Picked up for £48,000 after landing a Ballinrobe bumper on his last outing in Ireland, the gelding son of The Gurkha hit the ground on his British debut to complete a 13-1 double for trainer Gary Moore and jockey Jamie Moore in the two- mile prize.

Dave Crosse, a spokesman for the syndicate, said: “Some horses surprise you. We thought he was going to be an average horse when we sold him to the owners so we have to apologize for that as I think we have a very smart horse smart in our hands.

“Jamie has done all the school work with him and loved him from day one. He did a lot of damage in that race. He was keen and didn’t jump the best. There’s a lot more to come with him. We could go to Kempton Park for Christmas.

“I think any young horse you want to win two novice hurdles and educate them before going up in class. We’ll take it one step at a time and see where we go in the spring.

Spirit of Aunou got the ball rolling for Moore’s father-son team when he went one better than on debut at Kempton Park after beating Tintintin by two lengths in the Fitzdares Times Is Out This Week Junior ‘National Hunt’ Hurdle.

The winning rider said of the 2-7 winner: “At Kempton I didn’t know how to get past the other horse and I was a bit worried about that today.

“He learned a bit at Kempton and jumped the last hole. The experience on the last day and the seven pounds he got (from the winner) made all the difference.” 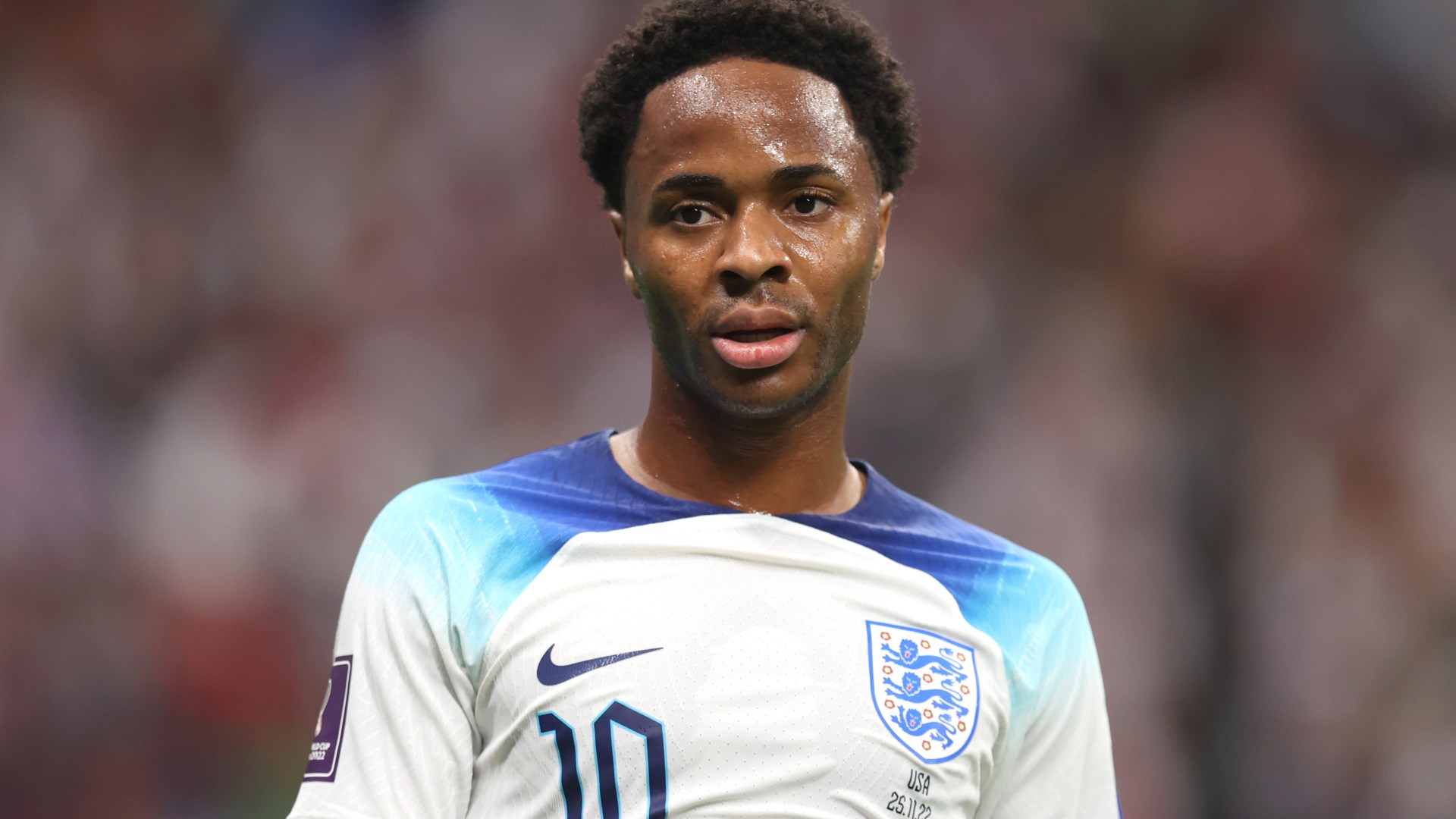