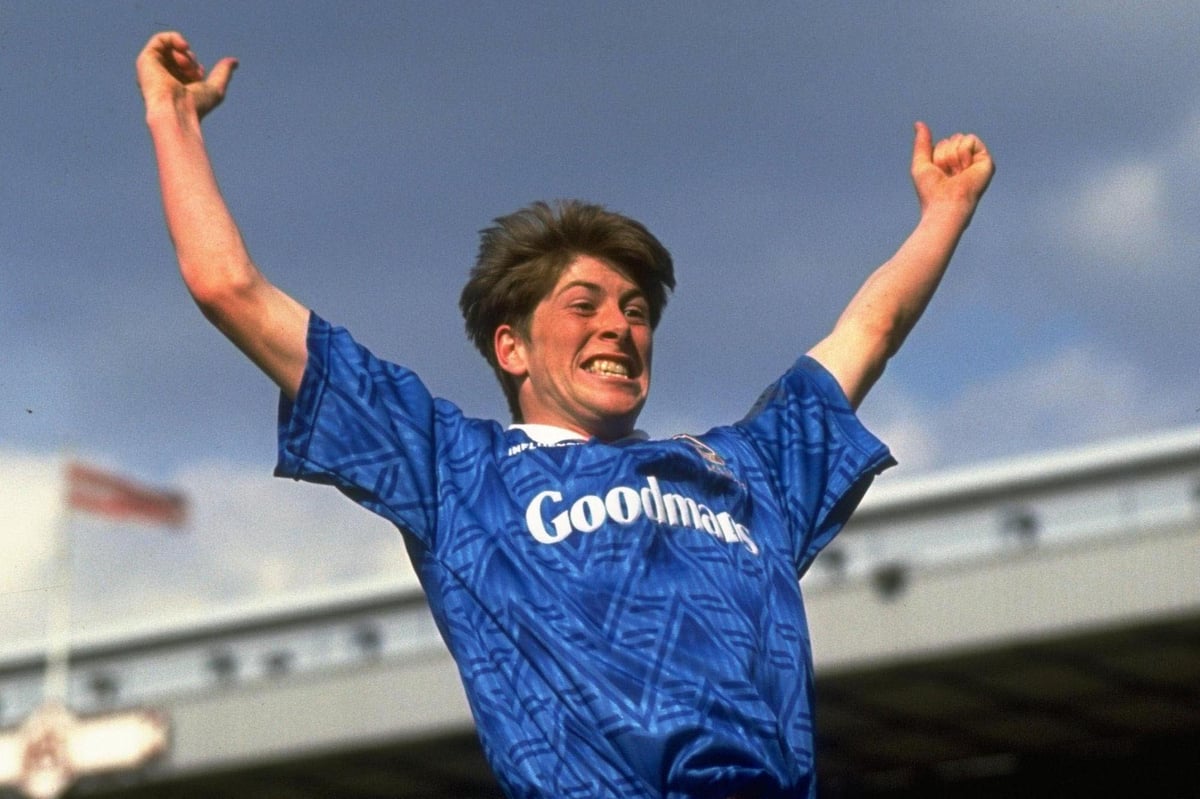 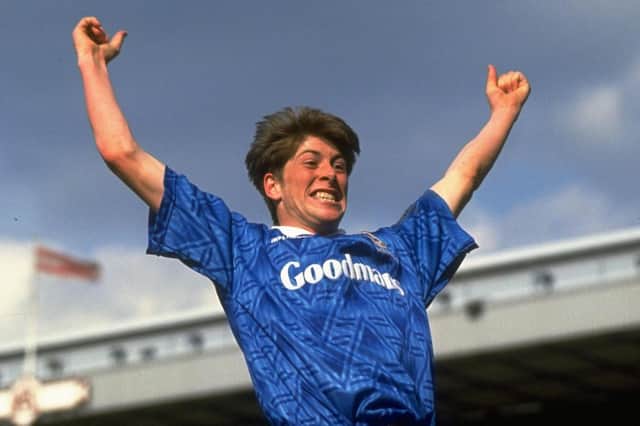 Darren Anderton made 77 appearances for Pompey before leaving for Spurs in May 1992 and enjoyed a 30-game England career. Image: Shaun Botterill/Allsport

The right-winger racked up 30 England caps, while spending eight years in the Premier League with Spurs and also featuring at Wolves, Birmingham, Bournemouth and, of course, the Blues.

However, his fine career almost ended before it began at the age of 16 when he was in Pompey’s youth set-up.

Anderton admitted to Played Up Pompey Three that, ahead of the final game before any learning decisions were made, he was walking out the door at Fratton Park.

Then an under-16 match against the Royal Navy at Eastney Barracks would change his footballing destiny.

“My luck came in the form of Dave Hurst, Pompey’s youth development officer. One Saturday morning, I was representing Southampton Under-14 Schools against Eastleigh at Crestwood Community School. My father didn’t even I was alone at the game, instead I was watching one of my other brothers that morning, but my mom was there.

“I came out of the dressing room afterwards and a guy came up to me and said, ‘Are you Darren Anderton?’ I’m Dave Hurst from Pompey, I thought you did well and I’d like you to come and play for us. Can I come to your house this week?”.

Darren Anderton (second from right) lines up with his England team-mates before the Euro 96 opener against Switzerland in June 1996. Picture: Shaun Botterill/Allsport/Getty Images.

‘I was buzzing. I remember sitting and talking football with my dad every night, when he would tell me that I just needed one chance. I knew how much I loved the game and how I would give everything to succeed. Now he had signed forms as a schoolboy associated with Pompey.

“As a 14-year-old associate schoolboy, I turned up to my first Pompey session on a Thursday night at Alexandra Park and we had the first-team coach taking us to training – Alan Ball. Now you don’t understand , and you didn’t understand it then, but he cared and loved coaching kids, with the intention of making the players better.

“However, I didn’t play many games, sitting on the bench most of the time in a very talented young group.

“The last game before making any decisions about the apprenticeship was an under-16 game against the Royal Navy at Eastney Barracks, when first-team coach Ball happened to be watching.

Darren Anderton returned to Fratton Park in 2016 as Pompey’s guest for their League Two clash with Carlisle. Image: Joe Pepler

“Darryl Powell was right-back, with me in front on the right of midfield and whenever I had the ball he would pass me. Pass, pass, pass, never giving the ball away.

“Bally, who knew my dad as his son, Jimmy, played in the same Sunday side as my brother, turned to him and said: ‘You’ve got a chance, your son looks decent. He does everything well and never gives it away.”

“At the back, I went to training on the Thursday and Peter Osgood, who was leading us at the time, was all ‘Brilliant, Daz, brilliant this, brilliant that.’ Suddenly people knew who he was.

“At the end of that week, I was informed that I would be doing an apprenticeship. They were scheduled to bring 10 guys, but they expanded it to 12, with me being one of two extras.

‘I was so close to not being accepted as an apprentice, so close. If it wasn’t for that game, there was no way I would have stayed.”

An attractive 1991-92 campaign, in which the Blues reached the semi-finals of the FA Cup against Liverpool, brought him to the attention of the Premier League.

And Anderton, who scored in the first semi-final at Highbury against the Anfield giants, would sign for Spurs in a £2m deal in May 1992.

He added: “Jim Smith said to me, ‘Go talk to them. Look, I know Terry Venables, he’ll make you the player you should be. It will be a different class, you will love it”.

“It was amazing, I was so nervous when my dad took me to the Royal Garden Hotel in Kensington. Terry had an aura about him, and I signed there and then.

“I think it was the right time to leave Pompey. I wanted to be part of the team that took Pompey to the Premier League, but Spurs called and you can’t ask them to wait.

“It was my old Spurs manager, Terry Venables, who later presented me with full international honours, in a friendly at Wembley against Denmark, with David Platt scoring in a 1-0 win.

“It hadn’t even been two years since I left Fratton Park, and I represented the first of 30 games for my country.

“I’m very grateful for what Pompey did for me. Quite simply, that grounding at Fratton Park made me the player I was.”

Source: ‘Portsmouth were going to release me as a kid – then I got lucky’: Ex-Spurs, Wolves, Bournemouth and England man Darren Anderton on the game which saved his career 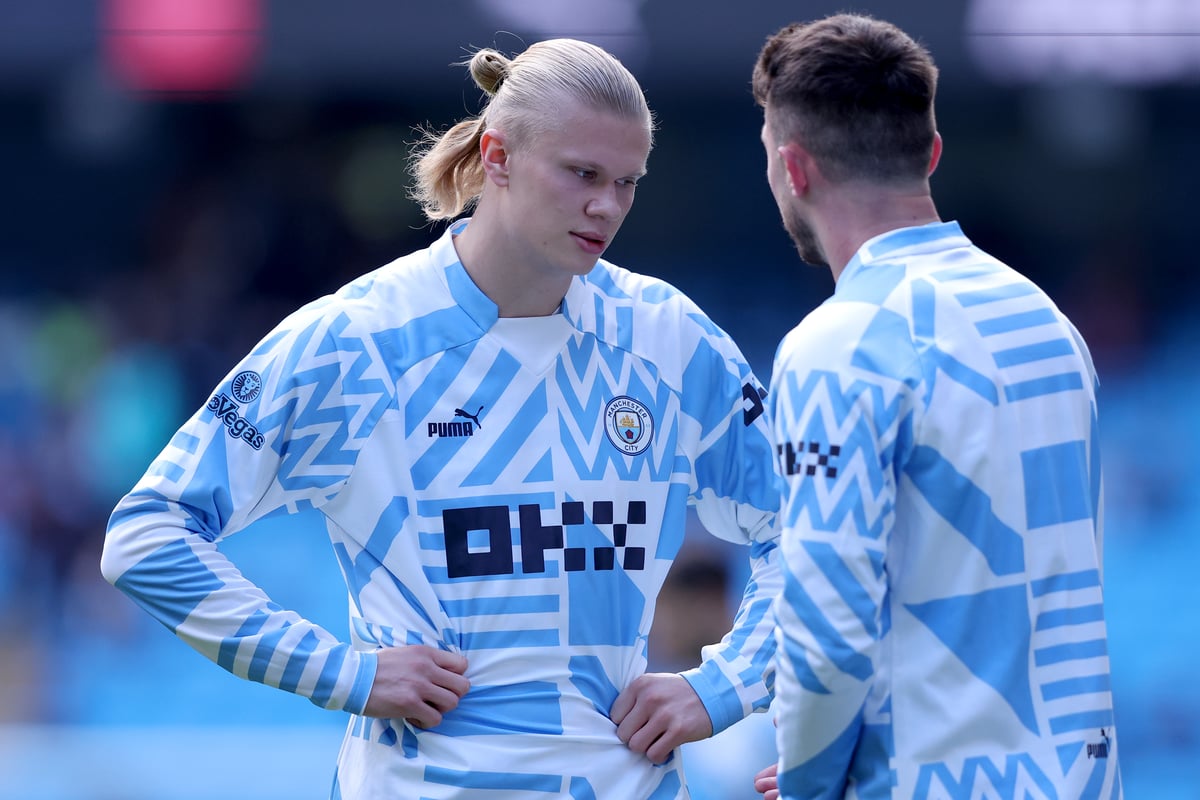 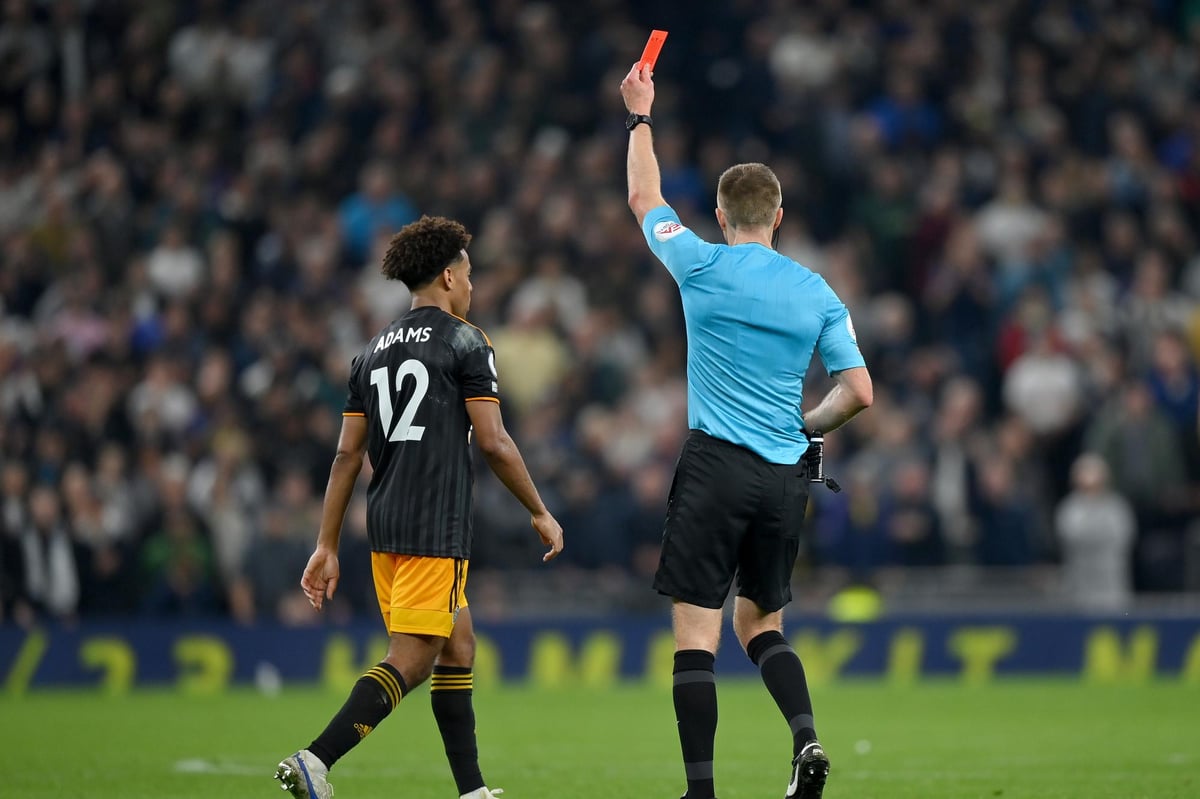