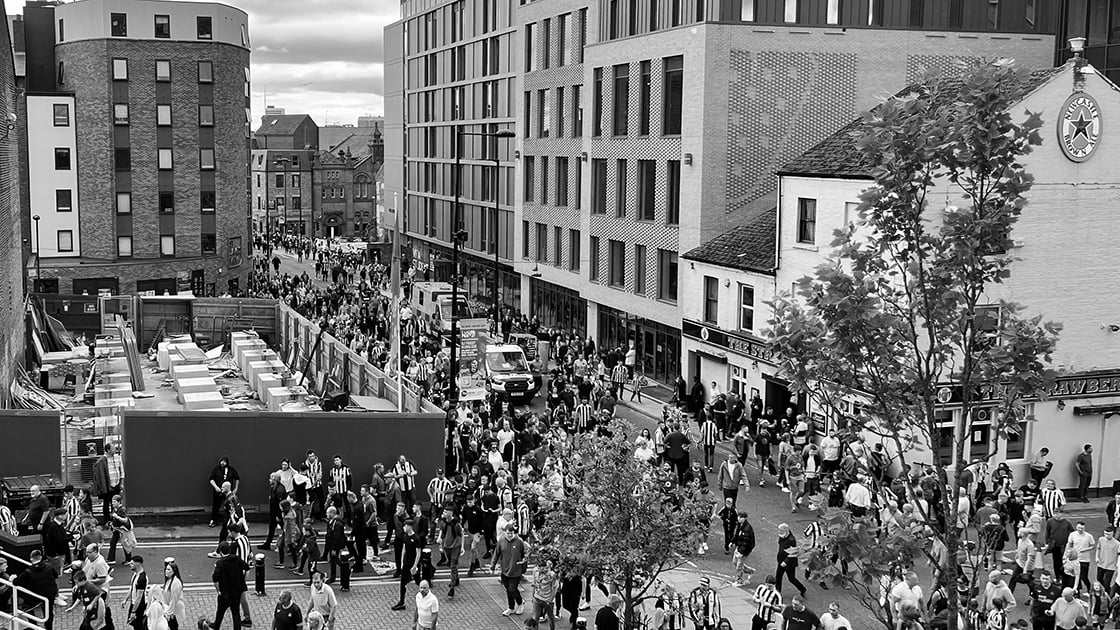 Well, in terms of weekends / Sundays in general, what just happened was a mixed bag.

In my line of work it’s very rare to get a day off on the weekend, almost impossible to get two, as for the idea of ​​doing three? Forget about it.

Through a bit of wrangling and a forced trip to the dentist on Friday, this dream scenario became a reality, so I settled in (after some moderate chair discomfort) for a good football weekend and everything that goes with it. Friday night’s game between Villa and Leeds was of no consequence to our cause, but on Friday night what it is, drinks were consumed. A lot of them to be honest and I soon forgot about the numb mouth I’d had a few hours before.

Feeling surprisingly cheerful the next morning, I couldn’t make it out to the Manchester derby, but hoped Manchester City would prevail and therefore keep the red half of Manchester down to help our top four chances. This started to play out so I gave up the ghost halfway through the second half. Notice a series of messages coming in like “Did you see the Manchester United ‘goal’? I was sent a clip and I can’t understand how that goal looked. My immediate thought was what if that had gone against us ?I would be furious.

So not the best of starts on the football side, but hey, you can’t win ’em all. Moving on to the 3pm games and both halves of Merseyside moved on (Ha!) with Liverpool’s defeat helping our cause a bit. The more top teams left out of the race for Europe, the better. I watched the clash between Brentford and Bournemouth reasonably well, satisfied with the day’s events, as long as we did the business against Fulham the following day.

These 2pm kick offs are an oddity, not as bad as the midday games but still a bit rushed. There were to be no trains (again), so on the bus I went, bumping into an elderly neighbor who also had a ticket. “Are you coming to the dog and the parrot? Malcom Macdonald is doing his pre-match talk.” I had to meet someone, but since I had left a lot of time, I agreed to come.

Supermac was his usual bumbling self through a list of issues, predicting a 1-0 win for Newcastle before rushing off to the game. We soon followed suit. During the climb, several questions arose. Would Joelinton play after his transgression? Who would replace him? Will we sign anyone? Will Mitrovic score today? Will we make the Top 4? What are our chances in the League Cup? The usual pre-match stuff.

The match started as a dull affair, the odd chance here and there until disaster struck midway through the first half. When Bruno went down, I wasn’t really too worried. Players go down all the time, it’s only when you see their reaction that it looks like something more serious. Fair play to him for continuing (and Nick Pope for coming off so the Brazilian could get treatment again) but he really should have come off straight away and Eddie Howe admitted that at full-time.

The rest of the half played out in much the same way as it had started and (after a few headers from Bruno along the way) it was clear that he would not be coming out again for the second half. I have to admit I feared it was a metatarsal injury, although a still image doing the rounds suggested a nasty strain or even ligament damage. The images of our star man in a protective boot at the end didn’t ease my fears.

The following days have allayed concerns of a more serious injury, but we will still have to find a way against both Crystal Palace and certainly Southampton without him. That said, I’m sure Joelinton, Joe Willock and Sean Longstaff can continue their good form and cover short term.

As an aside, as the famous chant goes, how often have Botman, Isak and Bruno started or even played in the same side? How many minutes have they played together? By my count, it’s only the 12 minutes or so at the end of Leicester’s cup win at St James’s that all three have been on the pitch together. It’s a testament to Eddie Howe and our players that we can be in the race for the top four and in the semi-finals of a cup WITHOUT having been able to play three of our best batsmen at the same time.

Chances were created in the second half, but Fulham almost took the lead at half-time. I turned around for a second after Dan Burn pulled his man. “Criminal” I muttered to my friend who must have missed it because he didn’t seem convinced. “As soon as the game is over, this is being watched,” I retorted.

Now, I like that many others have a love/hate relationship with the VAR. The technology is fine, but the people watching it certainly aren’t. The big screen came on and, to everyone’s surprise, Trippier’s “foul” was being reviewed. Now I won’t call the referee incompetent, nor will I call the Stocksley Park muppets a joke, but if you can look at this incident and award a penalty, you really have to wonder why we have VAR when it was actually Trippier who was fouled . The fact that the right result came from the wrong incident just adds up to where we are with VAR these days.

With Mitrovic’s “double kick” we were incredibly lucky. You won’t see this for years. But to be honest, it gave the crowd something to get behind as, oddly enough, the atmosphere was a bit flat throughout the afternoon up to that point.

As time wore on, it looked like Leeds United’s New Year’s Eve frustrations would be repeated. We really need to start converting more of the chances that come our way. That Eddie Howe managed to put Isak and Wilson in the same side is promising that the more goals you put in the side, the more chances you have.

And it was our £60million man who finally broke it at the death. I was a little slow to react when Callum Wilson threw the ball to Isak, who did the simplest of nods to the empty goal and the next thing that happened as I stood up in glee was getting hit ( not particularly hard) at the door. mouth The guy in front of me had reacted quickly to Isak’s goal, I hadn’t. “What is your problem?” asked my companion. “Cut around the ribs, complete accident,” I replied as I jumped up, laughing my back.

And that was it. Added time came and went and passed without incident and another three points (and Nick Pope’s clean sheet) were picked up. You can’t say that we don’t deserve it, the statistics more than support it. Not one Fulham shot on target all game against the best defense in the league.

So when I ran outside to consume more Guinness (and hope Arsenal could beat Spurs), it was clear that I was going to end the weekend as I started it, with a slightly sore mouth and yet very encouraging

Supermacs prediction had been proved correct, his fellow club Arsenal beat Spurs further enhancing our top four ambitions by being five points ahead of them and with a much better goal difference and form .

Forget the weekend, the whole week is starting to be great. Manchester United dropped points last night against our next opponents, Crystal Palace, who we have three days off. The focus now turns to tonight’s game between Tottenham and Manchester City with a win/win scenario on our hands. The north London club can’t catch us even if they win, they’d stay five points off if they lose (we’d have a game in hand) and a draw would be fantastic all round.

I doubt we’ll catch Manchester City in the second half of the season, so the preference is for a Manchester, but all things considered, we’re not halfway in a great place.

Barring another miracle, I’m working for the Palace game so I’ll be a cat on a hot tin roof on Saturday night, but barring defeat, this weekend’s games are like at least delicious. Arsenal face Manchester United at the Emirates, Liverpool at Chelsea and Tottenham must travel to Fulham

Then it’s the big one (or two). If we are very much sitting in the league on Tuesday morning before the cup clash at Southampton, what a boost it would be for the players, never mind the fans.

If this feels like some sort of mid-quarter report, I’m telling you now it’s brilliant. From previous seasons of “Must tryer harder” and “Unsatisfactory” to “Showing great promise” and “Remarkable effort” this time. Try picking a star pupil from this pool of players and you’ll really struggle to pick just one.

And it is the opinion of this (former) natural pessimist that we have the teacher, Eddie Howe, to thank for educating players and fans alike that better days really do lie ahead…

Source: Supermac predicted a 1-0 win for Newcastle United before hurrying off to the match… 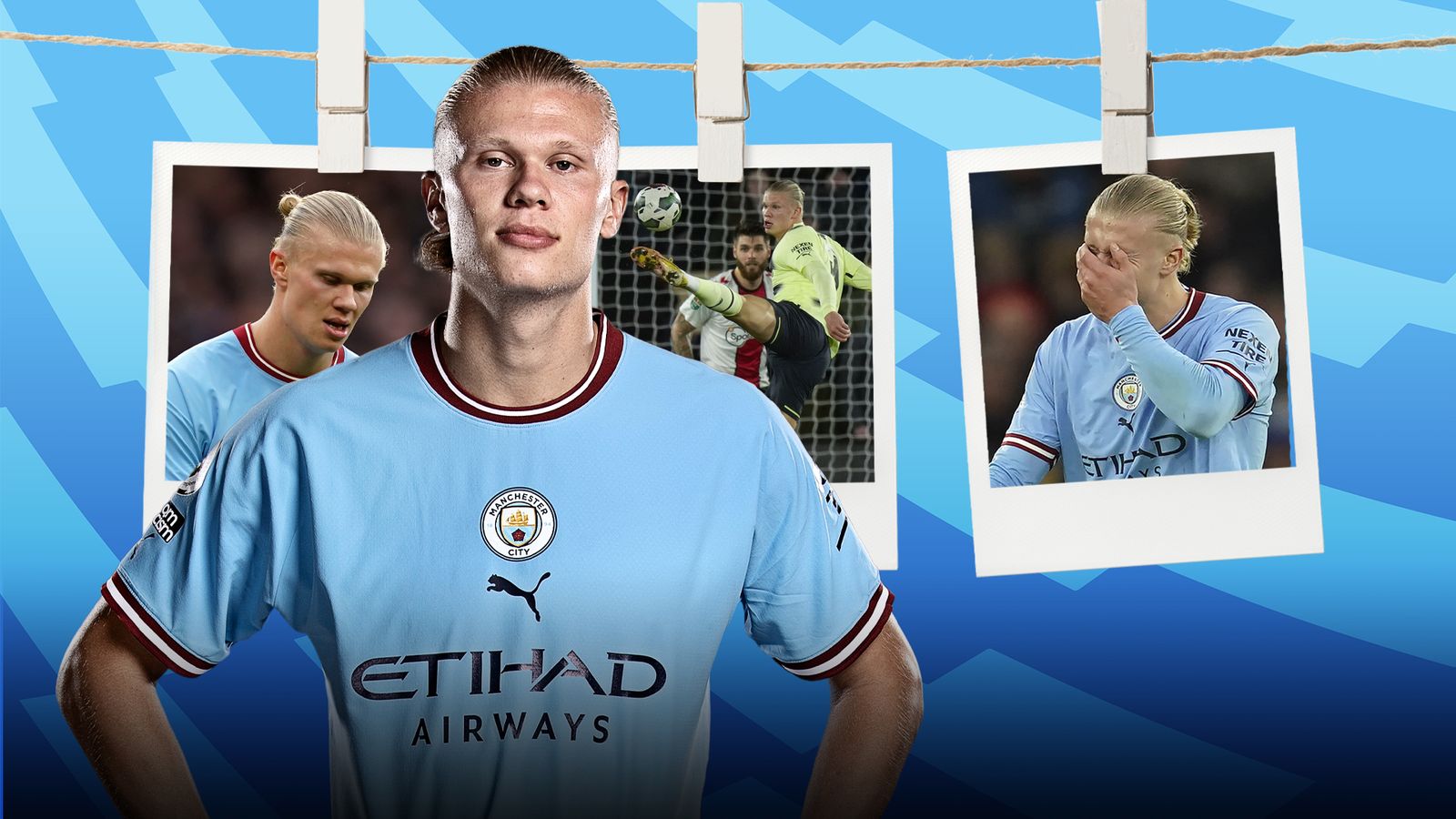