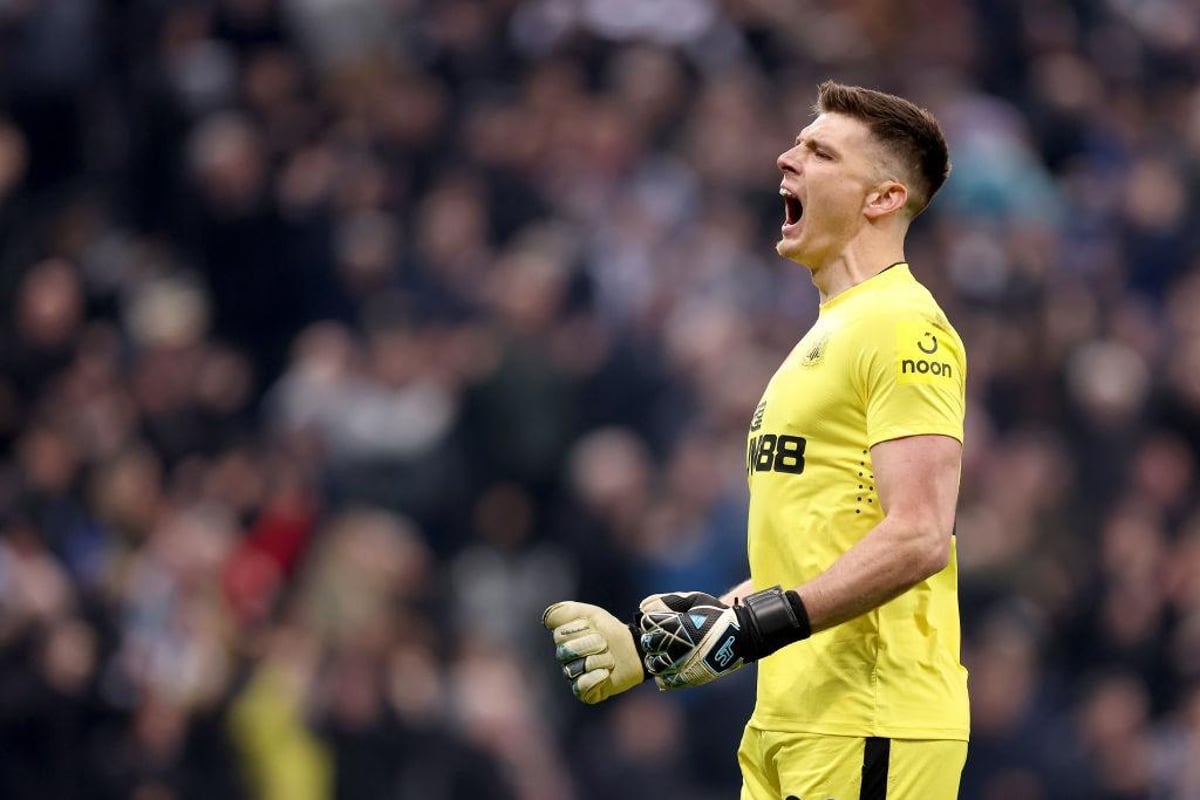 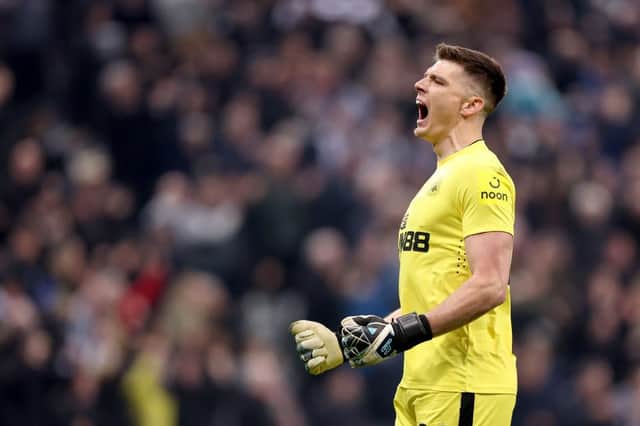 Pope and his England team-mates today flew to Qatar ahead of the 2022 World Cup finals.

It is the latest challenge for Pope, who started out in non-league football after being released by Ipswich Town as a schoolboy.

Pope’s journey to the top has not been easy, and the 30-year-old never thought he would be going to a World Cup when he grew up. The goalkeeper, signed by Newcastle from Burnley in the summer, did not think he was good enough.

Asked if he had dreamed of playing in a World Cup as a kid, Pope said: “To be honest, I didn’t think it was that good.

“I thought it was a long way off, but I was a big football fan as a kid. It comes up very rarely. I’ve always looked forward to it as a kid, like now. This is something that will stay with me for the rest of my life.”

Pope’s journey from youth football to the Premier League and international recognition was a long one. He had a couple of tearful days after being released by Ipswich Town at 16.

England’s Nick Pope ahead of the 2018 World Cup in Russia.

“Obviously at 16 when I got released by Ipswich it was a tearful couple of days,” Pope said. “That was a difficult time in my life I guess, because I had been there for six years, and it had become a part of my life day to day week to week. So it was a low point.

“When you’re at university and you’re playing, you don’t play on pitches like this (St James’s Park). At the time, I felt very far away from the World Cup.”

Pope had a number of loan spells while at Charlton, including a difficult spell at Aldershot Town.

“Sometimes you meet guys for the first time on the bus to an away game and an hour and a half later, you’re starting each other,” Pope said.

“That was Aldershot, not my best loan, but as a goalkeeper you learn quickly that you’re going to put one on now and again and it’s how you respond to that, and looking at the big picture, getting better over a longer period . . .

“That’s what goalkeepers are associated with, so you have to learn quickly to manage it.”

Pope, who went to university and got a part-time job after being released by Ipswich, has been helped by the people around him.

“I’ve had a lot of really good people around me,” said the Soham-born player. “Obviously mum and dad have been a big part of my life.

“He met some good goalkeeper coaches. Obviously Ben Roberts (from Chelsea), who was here (on Saturday). It was a big part of my development (at Charlton).

“I went out on loan and had to work I guess. I think I had a good belief in myself, and when you go out on loan again and again you have to take that with you as you gain experience at lower levels. Keep believing in yourself same and try to improve yourself.”

Pope joined Burnley in the summer of 2016 and just over a year later, made his Premier League debut.

Recognition in England soon followed, and he made his debut in 2018 ahead of that year’s World Cup in Russia.

Pope now has 156 top-flight appearances behind him, and this tournament “feels different” to him.

“At the time, four years ago, I had only played 35 games in the Premier League, so to go to the World Cup after that, I was delighted, just to be in the squad,” Pope said. .

Pope, who has settled quickly at Newcastle following his summer move, feels he is in a “good place”.

“And I think when you play so many games in the Premier League, you take all that experience and as a person and as a player, you’re always looking to grow your game, week to week, game to game. So I’d like to think I’ve done, yes.”

Pope played in September’s internationals against Germany and Italy with Everton’s Jordan Pickford out through injury.

A late error against Germany by Pope denied England victory at Wembley (the match ended 3-3) and he had to quickly put that game behind him when he returned to Newcastle.

Since then, the club have won seven of their eight Premier League games, and Pope, an all-rounder so far this season, has played every minute of every game.

Asked about the Germany game, Pope said: “Obviously it wasn’t ideal, but that’s all part of being a goalkeeper. One thing I always told myself when I was a younger goalkeeper, you really have to normalize those catchier games and catchier moments So yeah, after that game, I got a few texts.

“It’s a case of moving on, going back to Newcastle. There were important games to play and luckily for us it went very well.”

“I am very happy with my form since I have been at the club. The fans have looked after me, and so have the players and the staff. So over the moon how well the first part of this new chapter is going.”

Pope hopes to write another chapter in his story in Qatar, although Pickford is expected to start England’s opener.

Asked if he’s going into the tournament as a No. 2 or a “don’t know,” Pope said, “I guess a ‘don’t know.'” Every member of the squad wants to play and feel a part of it.

“When you go to a World Cup, it’s very much a team match. A lot of the success when we went to Russia was related to the degree of unity of the team, and the mentality of all of us pulling in one direction.

“Whether I’m in or out of the team, that’s part of my mentality as well.”

Asked about his relationship with Pickford and Aaron Ramsdale, Pope said: “Very good. I’ve been in a number of teams with them now, especially Jordan, and he’s someone I get along with on and off the pitch.”

Pope, having starred in the penalty shoot-out against Palace, is set for another penalty shoot-out, although he does not consider himself a penalty specialist as then-United goalkeeper Tim Krul to be with Holland at the 2014 World Cup.

Pope missed last year’s Euro 2020, which ended in a penalty shoot-out defeat to Italy in the final due to injury.

Asked if he would tell Southgate to put it on in the event of a shootout, Pope said: “No, I’m not going to say that!

“He’ll tell me what to do. Like I say, whatever capacity he needs, all the guys will be taking penalties all tournament if it’s like last time.

“And I’m always all about helping the guys and talking about the mentality of the goalkeepers they’re up against. And standing there when they kick me. Like I say, whatever it takes because it’s very important. a game team”.

Pope believes Southgate’s side can go all the way to Qatar.

Asked how far England could go, Pope said: “You know, doing the same thing again, if not one more. That’s something the team has talked about – what a legacy we could leave.

“This is our opportunity and our time, so we want to make our mark.”

Pope has already made his mark on Tyneside, and is set to do the same in Qatar.

Source: ‘The fans have looked after me’ – Nick Pope reflects on phenomenal Newcastle United start ahead of World Cup with England 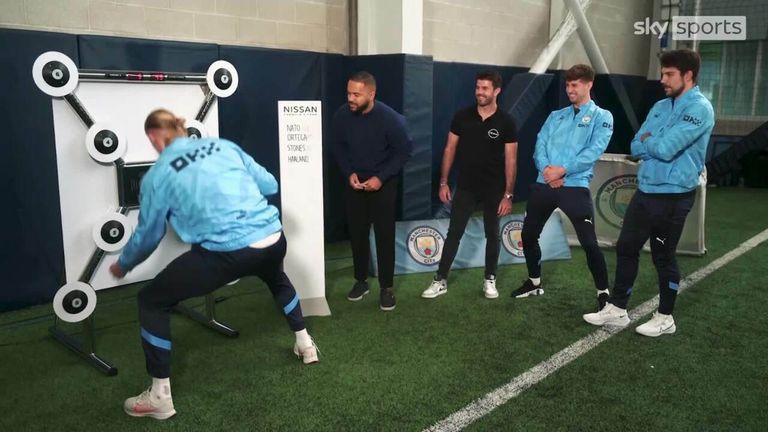 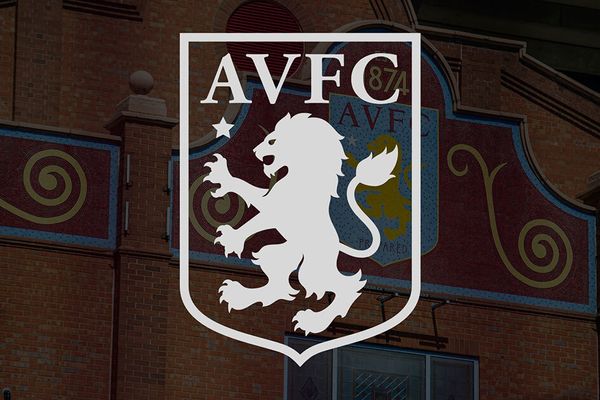