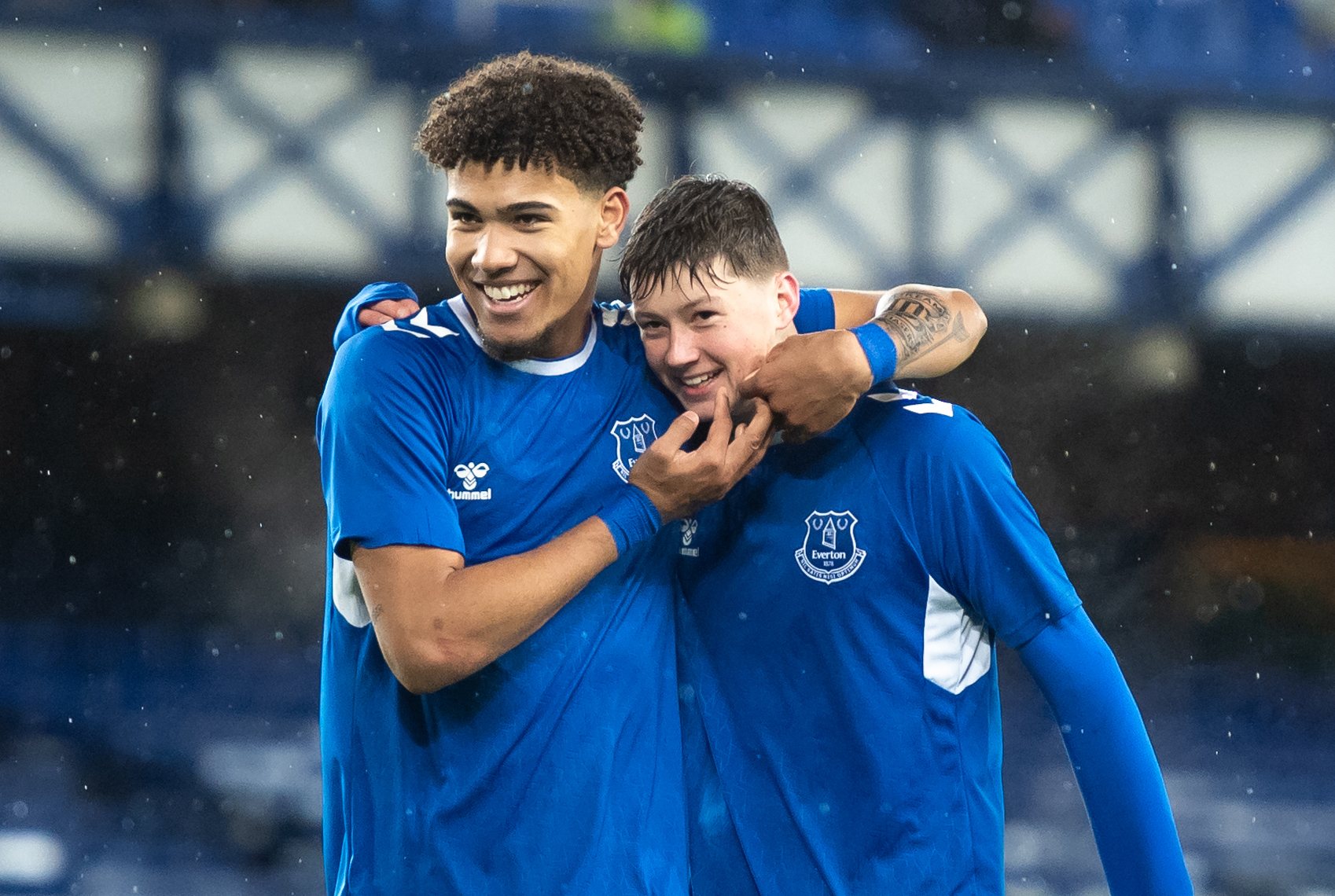 The under-18s booked their place in the fourth round of the FA Youth Cup with a 3-0 win under lights at Goodison Park on Friday night.

Leighton Baines’ side went into the clash full of confidence after thrashing Derby County 5-1 at Finch Farm last weekend.

The Young Blues picked up where they left off and were quick to stamp their authority on the visitors, making it 2-0 before the break thanks to goals from Francis Okoronkwo and Halid Djackpata.

Owen Barker grabbed Everton’s third in the second half to seal victory and set up a clash with either Watford or Lincoln, who meet on Friday, December 16, in the next round.

Everton started strongly and did an excellent job of pinning the visitors inside their own half for the opening minutes of the game.

Okoronkwo came closest to breaking the deadlock after seven minutes, rising high from a corner to direct his header into the bottom corner of the keeper, but Reading’s Thomas Norcott got down well to push away – him out

As Everton grew more into the game, the visitors struggled to find their rhythm. Then some good pressure from Jack Patterson in the 20th minute saw him steal possession and he went close when he fired a shot at goal that just went over the crossbar.

The warning signs were there for Reading and a minute later Patterson was at the center of the action again, this time brought down by a free-kick just outside the penalty area.

From the resulting free-kick, Barker curled an exquisite delivery towards the edge of the six-yard box, finding Okoronkwo who tapped home to put the Blues ahead.

Everton continued to grow and stayed firmly on the pace when Djankpata doubled the hosts’ lead five minutes later.

Barker, who was a thorn in Reading’s side all night, was once again the provider. This time from a corner, he curled in a fantastic cross that met a bullet header from the Everton captain.

The Blues kept their cool for the remainder of the half and headed into the break with a deserved lead.

They started the second half in equally positive fashion and almost got a third second after the kick-off.

A good combination down the left saw the ball switched to the right, where Roman Dixon broke free to unleash a powerful shot at goal that was parried by the Reading keeper.

On the hour mark Okoronkwo almost grabbed his second, beating the offside trap to latch on to a superb pass but curling his resulting effort across goal and narrowly wide of the post.

The game was finally put to bed though with just over 20 minutes remaining after Okoronkwo produced a brilliant hold-up before releasing Barker who cut onto his left foot and then drilled the ball low and hard over the top of Norcott.

Barker came off soon after along with fellow goalscorer Djackpata as Callum Bates and Isaac Heath joined the action.

Chances were few and far between in the closing stages, where Martin Sherif got a taste of the Goodison Park experience as he replaced Okoronkwo to help see out a dominant display from Baines’ side.

“It wasn’t a perfect performance, we always strive to get there, but there are some really big positives we can take from the game,” explained assistant manager Kieran Driscoll speaking to evertonfc.com after the victory

“The first 20 minutes or so were a bit off, obviously it was a different experience for the lads playing at Goodison Park and naturally that was going to bring a bit of nervousness into the early part of the game.

“But the first goal came at the right time and settled us. From there we imposed our style a lot more.

“We spoke about the game management at half-time, there were some areas we could improve on, but overall we are pleased with the performance and progression to the next round.

“It wouldn’t be fair to single out just one player, I thought today was a good team performance,” he added.

“Defensively we were solid, we limited Reading to very few, if any, chances in the game. I don’t think our goalkeeper was forced to do anything of note in terms of the saves he made.

“1-11, and the guys that came in, I thought collectively we were really good tonight.”

Driscoll also spoke about the Goodison Park experience and revealed how much it meant to many of the group.

“A lot of the guys have been in the academy for a long time, and I think they would have had an eye on coming up through the age groups and playing on that stage.

He continued: “For them to achieve what has probably been a goal for them for a number of years tonight, well, that’s a big positive and I’m happy for them.”