DONNY VAN DE BEEK wants to leave Manchester United after a less than a year, according to reports.

The Dutchman was recruited from Ajax for £35million last summer. 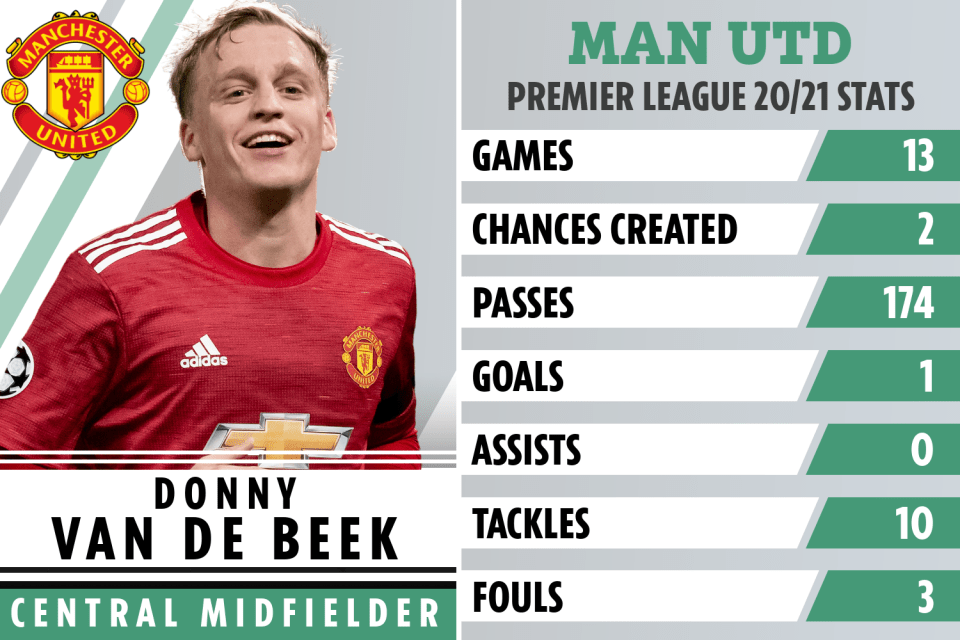 But he has started just twice in the Premier League this season.

According to the Star, has been left ‘stunned’ by his lack of action – and ‘fears’ that he has no future with the club.

They also claim that he will demand ‘showdown talks’ with club chiefs before the end of the campaign, amid worries that he could miss out on Frank de Boer’s Netherlands squad for Euro 2020.

Van de Beek, 23, actually got his United career off to a decent start back in September.

Withdrawn from the bench in their opening fixture against Crystal Palace, the former Ajax ace managed to get on the scoresheet.

But he is yet to score another goal since.

His only starts have come against Southampton and West Ham, and he was hooked at half-time in the latter.

Van de Beek is currently missing with a muscle injury, and hasn’t featured at all since an 11-minute cameo against West Brom on Valentine’s Day.

Back in January, boss Ole Gunnar Solskjaer admitted: “I wouldn’t say that Donny is happy.

“Of course, he wants to play more, but he gets about his job in the right manner.

“We are doing well and have got players who are playing really well in his position.”

In total, van de Beek has made 26 appearances in all competitions this season, scoring once and assisting another.